You meet a ailing vampire who isn't feeling very well, is there anything you can do to make him feel better? Also what are the mysteries that surround this forgotten town just what happened in 1858?

After returning to the college to receive your notes for a test the next day you find yourself transported to a graveyard unsure of where you are. The only logical explanation is to believe it's a dream and as you venture in you notices all the deaths on the tombs are between 1858-1860 leaving you puzzled as of what could've happened here. You notices  abandon castiel that looks to have been empty for centuries and after a bit of wandering you meet Black, a talking bat!

Mary was a victim of the tragedy that befell her village, a epidemic the swept through killing everyone. In order to save her life her boyfriend figured the best course of action was by turning her into a vampire but to sick to travel her boyfriend went in her stead. She  resisted the illness longer then the others but died a day before his return.

Dimitry worried about the well being of his girlfriend Mary went off to get bitten by a vampire in order to save her life but arrived back a day late. He lives alone in the forgotten village.

He spends most of his time in front of the tomb of Mary and as a promise to her he doesn't hurt humans and only drinks the blood of forest animals however over time he is becoming weaker and weaker as the blood of animals is not enough to sustain him.

You look a lot like Mary to him and smell good. He awaits the day someone will pass through and want to stay.

Objective One: Catch a animalEdit

Note: Choose not to give the cat to Dimtry.

Objective Two: Flowers for the tombsEdit 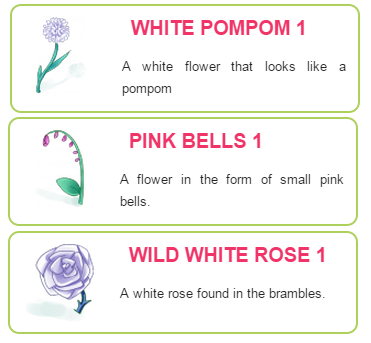 Retrieved from "https://sweet-crush.fandom.com/wiki/Halloween_2011?oldid=4323"
Community content is available under CC-BY-SA unless otherwise noted.